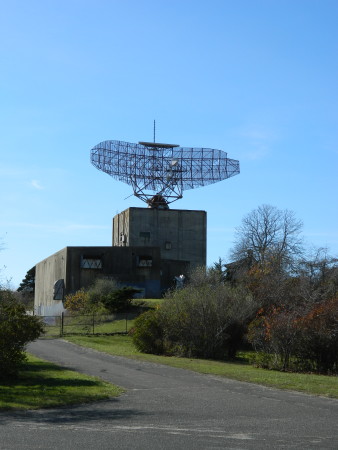 If you grew up on Long Island, New York, like I did, especially on the East End, you have heard the rumors that surround Camp Hero, the former Montauk Air Force Station. If you are not familiar with the rumors and tales, then let me enlighten you.

With many stories surrounding telekinetic experimentation, time travel, mind control, teleportation, and contact with alien life, there have always been a plethora of tales to circulate. UFOs supposedly circle this former Air Force base, and many sightings have occurred around this area, with bright lights zipping across the sky, at unprecedented speeds, then winking out of existence, no explanation to be found.There was always the friend who broke into the facility, been chased by men in unidentifiable uniforms, eluding their capture, only to find their recording device having malfunctioned, leaving no evidence of their encounters, ever deepening the mystery.

Everyone swore they knew of the underground tunnels that surrounded the base, a snaking labrirynth deep beneath the sandy soil of the south fork of Long Island. Some of these tunnels were supposedly filled with concrete, flooded with sea water, or still lay open for the dark shadow government agents who performed horrid experiments on those who just vanished from society, in the mere blink of an eye.

There has always been speculation of experiments rivaling any science fiction book, like the many adventures of which Mulder and Scully encountered on the fabled and beloved X-Files. To resurface those dying rumors, the Montauk Monster, a dog whose bloated and decomposing carcass which had washed ashore around this area, seemed to reignite theories of experimentation of this still standing military base, due to the unrecognizable nature of the rotting corpse. Even after zoologists and biologists agreed on the origin of the dead creature, people still wanted it to be more, and such is the allure of Camp Hero. 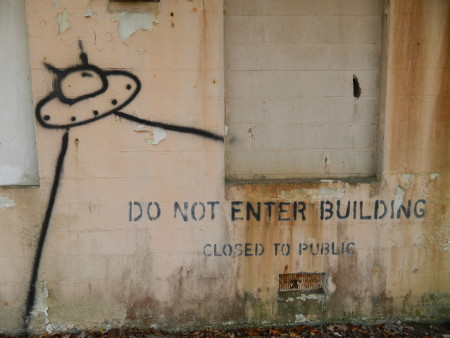 Whether or not buried under this base are the remnants of experiments gone wrong, flooded tunnels, the corporeal vapors of disassociated telepathic spirits of those who volunteered for projects, projects which pushed the limits of telepathic mind powers, there is still much to wander around on the surface, whatever side of the fence you choose to be on. Bring a lunch with you, and venture around the compound, taking all the paths as you explore the secrets of Camp Hero. 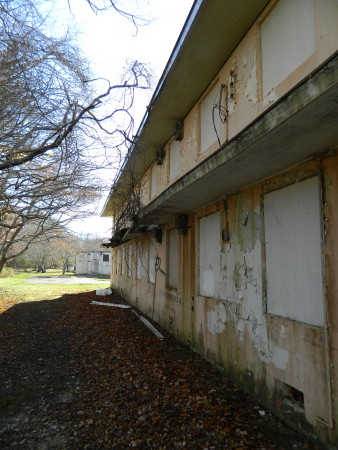 Camp Hero is a unique State Park on the South Fork of Long Island, only a short drive from the Montauk Lighthouse. This park is home to the remains of Fort Hero, an army coastal defense base, commissioned in 1942, later upgraded and renamed Camp Hero, due to the potential threat of submarine attacks and the high potential as incursion point for the Axis forces. The buildings here were constructed to look like a New England fishing village, all disguised to hide their true purposes, with the gymnasium built to look like a church, and cement block barracks sided, roofed, and decorated to hide their true construction underneath.

Large guns were placed on the cliffs, and hidden within large cement bunkers, with earth placed atop them, to hide them from sight; they are now just large hills with cement facades. This location did not just house the army, but also the Coast Guard and Navy forces who shared over 270 acres of land. After World War II, our attention turned from the Axis Powers to the Russian superpower of the USSR, and the purpose of Camp Hero changed. 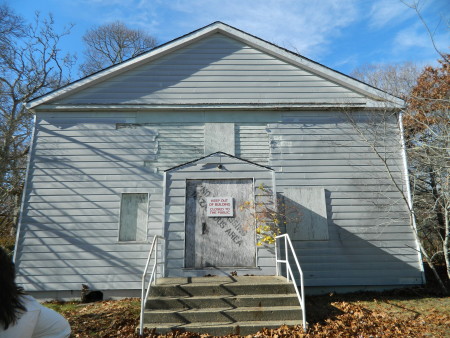 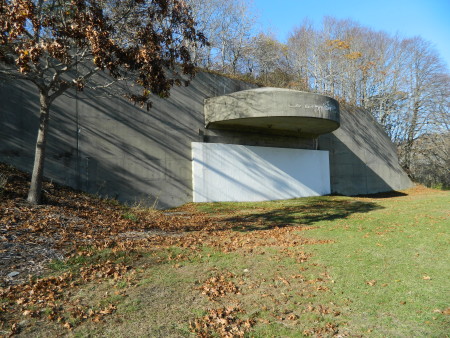 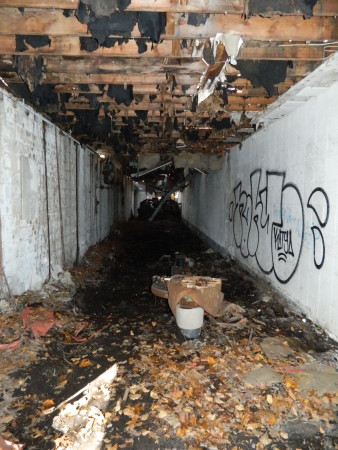 As the Iron Curtain closed off previously free European nations, splitting Germany in half, the eastern part of Europe and Russia became increasingly dark, leaving nothing more than a spectral shadow of happenings in that part of the world, lingering deep within the recesses of all our imaginations. Because of this, the Cold War ramped up paranoia, and to combat a war that existed only in the rooms of powerful leaders of super-nations, radar stations were built as first line defenses against the ever elusive Ruskies. 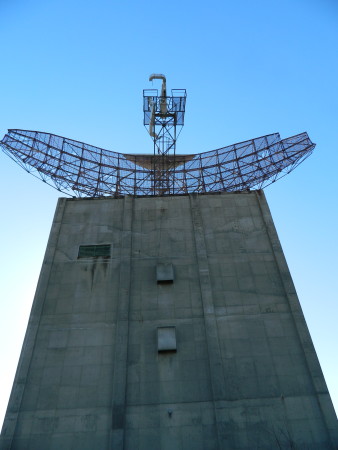 After World War II ended, Camp Hero was decommissioned, and the Air Force took over the base, preparing for the looming threat of the Hammer and Sickle. It was 1947, the army had made this base its home atop the massive sand dunes and cliffs, looming over the tumultuous Atlantic Ocean on the South Fork of Long Island for more than five years, but now a new threat lay on the horizon. In 1948 the Montauk Air Force Station took over and began to surveil the skies, searching for ominous threats far out over the horizon, using various radar detections available at the time.

It was in 1951 that a section of the base was transferred to the Air Force, and subsequently housed anti-aircraft artillery aimed at the skies, ready to fire against Russian Bombers flying high overhead. In 1960 the Air Force deployed the AN/FPS-35 radar on the previous sight of Camp Hero. This monolithic radar tower still stands today 55 years later, looming over the state park, a reminder of the anxiety and tensions of the Cold War era. 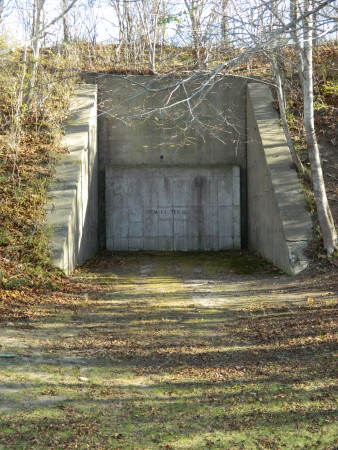 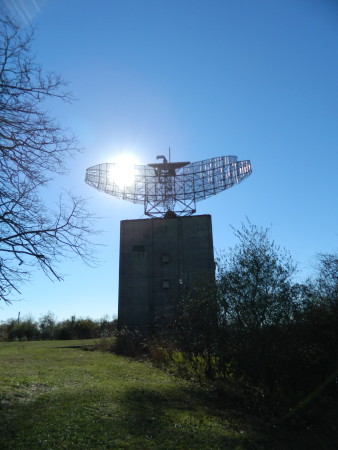 In 1980 the AN/FPS-35 was powered down, and its hulking skeleton and structure still stand today as the central point of this state park. The Montauk Air Force Station was decommissioned two years later in 1982. The land lingered for a while, and after much protest and remonstration from activists and citizens who wished to maintain the ecological diversity of the area, they prevented developers from destroying a historical artifact all in the name of greed. Eventually the base fell into the hands of New York State and Camp Hero State Park was created, to the satisfaction of the community. This structure is the only fully intact surviving example of a large, frequency diversity radar dish in the United States, and with the remains of Camp Hero–the military base camouflaged as New England fishing village–makes for an interesting day out on the South Fork of Long Island. 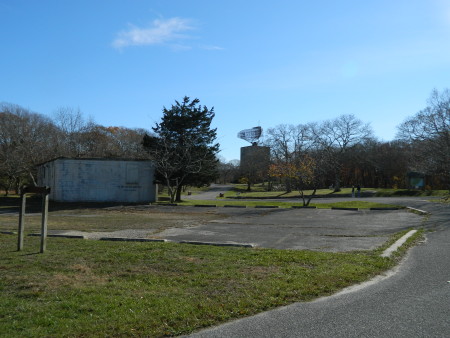 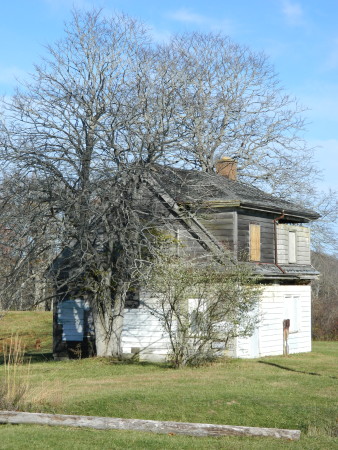 Camp Hero is located on the South Fork of Long Island on Montauk Point. Off the Montauk Highway. The exact address is 1898 Montauk Highway, Montauk, New York.

David Jester lives in the Midcoast region of Maine. He received a masters degree in American and New England Studies from the University of Maine. David is a full-time firefighter/paramedic and writer, who maintains another blog www.firefighterwithapen.com. He travels the world, but chooses locales that many would never consider for vacation. The world is full of many different and unique places, why not see them all?